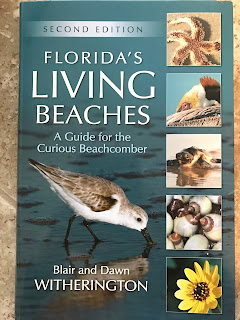 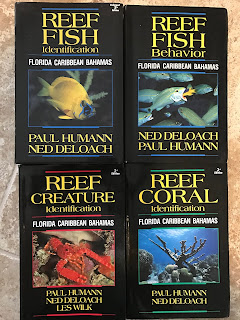 Reef Books:
The ID books from this set are very useful for organism identification. There are also books that cover animals from different regions. They do not have every animal you might encounter, but they are good for general purposes. 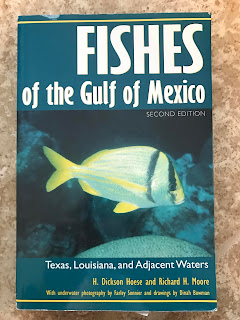 Fishes of the Gulf of Mexico:
This guide has a lot of photographs of fish that I have not seen well represented in other photo ID books (such as pipefish, small eels, and flatfish.) It does not have as many reef fish as the reef books mentioned above, and not all of the pictures are that great (a lot of the elasmobranch photos also appear to be of dead individuals.) 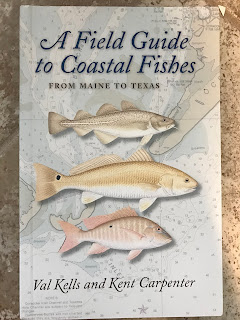 A Field Guide to Coastal Fishes:
While this book uses illustrations rather than photographs, the illustrations are very detailed, and easy to identify. This guide has a lot of species not mentioned in the field guides above. This is probably the ID book I would recommend to someone who wanted a more detailed guide than the reef books. While the books above did not include many elasmobranchs, this one includes several, even some deep sea species. It also has detailed illustrations of herrings, mojarras, and other smaller fishes that other guides skip over. 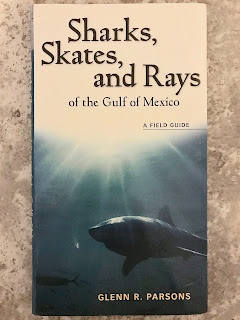 Sharks, Skates, and Rays of the Gulf of Mexico:
While the other field guides so far had focused on mollusks, or bony fish, this one focuses just on sharks, skates, and rays. This book has information on elasmobranch biology, as well as an ID section which features both illustrations and photographs (some are illustrations, and some are photos.) Even though it only mentions common species for the most part (since it is for the Gulf of Mexico only), this is a good book for those wanting to learn more about local chondrichthyes. 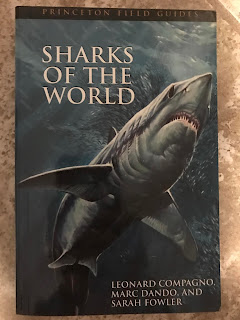 Sharks of the world:
This guide only has sharks in it, and it is very specific. Similar to "A Field Guide to Coastal Fishes", this book uses illustrations instead of photographs, which works since a lot of the species in this book are not often seen, and the illustrations are very detailed. This book also includes information on shark biology.